Home/Archives/‘Anesthesia’ explores our attempts at escape from reality

‘Anesthesia’ explores our attempts at escape from reality

The struggles of everyday life can be overwhelming. They may even be more to cope with than we can handle. And, because of that, many of us may seek avenues of escape from the pain and hardship through various means. But, in doing so, we may unwittingly cut ourselves off from sources of support, comfort and guidance. Such are the themes explored in the engaging multifaceted drama, “Anesthesia,” now available on DVD, Blu-ray disk and video on demand.

In the tradition of films like “Grand Canyon” (1991), “Crash” (2005) and “Disconnect” (2013), “Anesthesia” features a series of seemingly disparate story lines that all eventually become interwoven. In this case, the various narratives revolve around Walter Zarrow (Sam Waterston), a popular New York philosophy professor on the verge of retirement. He looks forward to spending his golden years with Marcia (Glenn Close), his wife of many years whom he positively adores. 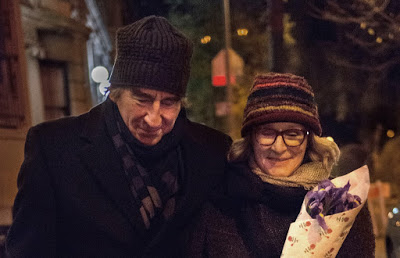 Despite the challenges of urban living and years of intensive personal soul-searching, Walter’s upbeat outlook has endeared him to many. Even those who don’t know him personally somehow end up in his world, perhaps because he’s willing to face life head on and appreciate its virtues rather than looking for ways to anesthetize himself to deaden the pain of daily living, attributes that ultimately encourage others during their tribulations when they hadn’t considered such possibilities. The inspiration he exudes provides an array of lost souls with new hope for living, including those caught up in the following scenarios:

• Walter’s son Adam (Tim Blake Nelson) struggles to deal with a largely dysfunctional family. His teenage children, Hal (Ben Konigsberg) and Ella (Hannah Marks), routinely smoke pot to drown out the seemingly perpetual, overbearing bitching of their mother, Jill (Jessica Hecht). Adam attempts to play mediator, but even his patience gets tried when things become overly strained. And, if that weren’t enough, Adam faces a new challenge when he learns that his wife may have cancer.

• Sophie (Kristen Stewart) is a troubled college student who has considerable difficulty dealing with others. She’s especially bothered by the mindless, self-serving, materialistic attitudes of her peers, as well as the world at large. She feels so overwhelmingly numbed by it all that she desperately looks for ways to feel anything to remind herself that she’s still alive, a search fraught with potentially serious pitfalls.

• Having traded a successful career in New York for the alleged storybook contentment of life in an upscale New Jersey suburb, Sarah (Gretchen Mol), a housewife and mother of two (Jacqueline Baum, Ekaterina Samsonov), is bored by her daily routine. Having sacrificed the things she loved for the good of her family, she now regrets her decision but avoids dealing with it by drowning herself in drinking binges. She may not yet be a bona fide alcoholic, but the handwriting is clearly on the wall. And Sarah runs the risk of things getting worse now that she suspects her husband, Sam (Corey Stoll), may be having an affair, despite his ostensibly spurious claim of embarking on regular, prolonged business trips to China.

• Joe (K. Todd Freeman) had much promise in his life at one time. Unfortunately, the pressures of daily living and subsequent drug addiction derailed his plans, leaving him struggling just to get by. Joe’s childhood friend, Jeffrey (Michael K. Williams), seeks to help him through an intervention aimed at getting him into rehab. But will Jeffrey be able to help Joe in time? Will Joe cooperate? And what will happen if the plan fails? 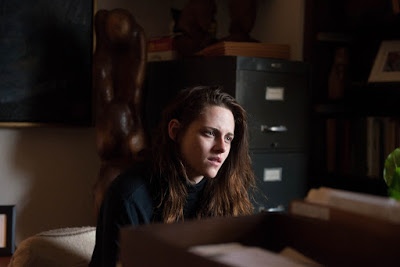 As these situations illustrate, there are plenty of ways to deaden the pain associated with life’s difficulties. But are these really the best courses to follow? When inundated by such challenges, it’s easy to believe that there’s nothing else we can do, that there are no other options and that no one’s in our corner. However, that’s seldom the case, and assistance is available as long as we’re willing to make an effort to overcome our adversities. Indeed, in the long run, wouldn’t it be more beneficial to attempt to address our issues rather than sweep them under the rug in futile hopes that they’ll go away on their own? That can be a very empowering experience, one that can bring new meaning to our lives at a time when it seems entirely devoid of it.

The starting point for this is our beliefs, the means by which we manifest the reality we experience through the conscious creation process. When we hold fast to a particular outlook, the existence around us will reflect those intents, and, if we buy into a mode of thinking that there’s no hope, our world will faithfully mimic it. If it becomes daunting enough, we’re likely to want to escape it, as many of the characters in this film attempt. But, given how conscious creation works, wouldn’t it be preferable to change the prevailing reality by altering the beliefs that manifest it rather than simply trying to deny it through “artificial,” substitute means? 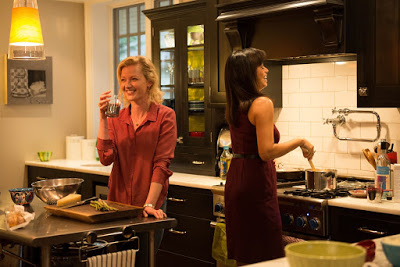 Bored suburban housewife Sarah (Gretchen Mol, left) discusses the possibility that her husband may be having an affair over one of many drinks with her friend Meredith (Gloria Reuben, right) in the engaging drama, “Anesthesia,” available on DVD, Blu-ray disk and video on demand. Photo by Anna Kooris, courtesy of IFC Films.

That’s the possibility that Sophie, Sarah, Joe, and Adam and his family must weigh as they wrestle with their individual challenges. Whether or not they succeed at this is obviously up to them, particularly when it comes to their ability to envision alternative paths for their lives. And that’s where the importance of inspiration comes into play, as well as their willingness to avail themselves of it. Given that they’ve each drawn a source of encouragement into their lives, as evidenced by Walter’s presence, it’s apparent that they’re looking for something (or someone) to help them chart a new course. The key question, of course, is, “Will they follow through on it?”

Walter’s presence in the characters’ lives also spotlights the inherent connectedness among all of us, and that can prove critical when we go in search of solutions. The inspiration he offers may be just what his peers need to resolve their circumstances, and, because he becomes involved with them to one degree or another, they thus have access to those potentially crucial insights. In the end, drawing upon our connections could be precisely what’s needed to help us turn our lives around and get things back on track. Again, however, if we’re to avail ourselves of this resource, we need to be aware (or to become aware) of the existence of this innate linkage and what it has to offer.

The foregoing considerations effectively illustrate the immense power of story, particularly as it’s portrayed through the movies, as a means for helping us address the issues in our lives. The characters in this film serve as models for the quest we’re all pursuing to seek enlightening paths of guidance. If we can see how this is presented through the experiences of this film’s principals, then perhaps it will become easier for all of us to do the same when we look for ways to make comparable adjustments to our own existence.

“Anesthesia” is a little-known gem that deserves far more recognition than it originally received. I stumbled upon it when viewing its trailer on the DVD of another film, having never heard of this title. After a little research, I learned that this picture premiered at the Tribeca Film Festival in 2015 and had a limited theatrical run before being made available for home viewing. Thankfully, it’s available in a variety of readily accessible formats and is well worth a look. 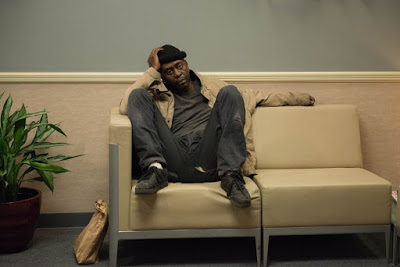 The strength of “Anesthesia” is its performances, especially Waterston, Stewart and Mol. The film’s insightful writing is punctuated by a great deal of thoughtfulness and eloquent literary references, something few contemporary pictures handle as well as this one does, especially in Walter’s farewell lecture to his class. Admittedly, the picture wraps up a tad abruptly, but this shortcoming is more than made up for by its many other strengths. Those looking for a contemplative viewing option should give this film serious consideration.

No matter how difficult our circumstances may become, there’s always hope. All is not lost, regardless of how much we may have convinced ourselves of that. By drawing upon the metaphysical resources at our disposal and making appropriate changes in our viewpoints, we can turn things in our favor, as long we’re willing to make the effort to do so – and to believe that it’s entirely possible.