Getting away from the crush of the world’s worries undoubtedly holds tremendous appeal, particularly for those seeking to support and raise their families in a natural, healthy environment untainted by the corruption, perils and concerns of everyday life. But does this kind of retreat from mainstream society truly live up to the promise of paradise found? That’s the question examined in the new family drama, “Captain Fantastic.”

Ben Cash (Viggo Mortensen) has rejected the evils of the outside world in favor of the wilderness of the Pacific Northwest. He lives in the forest with his six kids (George McKay, Samantha Isler, Annalise Basso, Nicholas Hamilton, Shree Crooks, Charlie Shotwell), teaching them how to live off the land, how to practice sustainable self-sufficiency and how to lead exceedingly ethical lives. He home-schools his children, educating them in a wide variety of subjects (often involving material far above what’s taught to their real world peers), and he rigorously trains them to maintain their physical health (leading them through routines comparable to those of Olympic athletes). Ben may be tough on his kids, but he positively adores them and sets a shining example for how to lead fulfilling, principled lives. 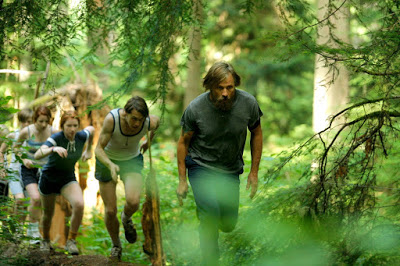 Such a lifestyle may be fine for those committed to staying in the woods, but, when a family tragedy forces Ben and the children to emerge from the forest, they soon find themselves out of their element. They don’t hesitate to fall back on their wilderness ways to get by, but it often leaves their real world counterparts aghast at some of the tactics they employ, some of which blatantly violate the high-minded principles they supposedly cherish. The conditions of everyday life also reveal a serious knowledge gap when it comes to kids’ awareness of the ways of mainstream society, often making them feel out of touch and ill-equipped to cope. What is Ben to do now?

Striking a balance, it would seem, is the most logical (and beneficial) course to follow. Living ethical lives and being self-sufficient are one thing, but the ability to maneuver in the larger world of which the family is a part is just as important. Indeed, it’s all well and good to take the moral high road to living one’s life, but what happens when circumstances compel compromising those principles just to get by? Those are thorny considerations the Cash family must address once out of the wilderness, a potentially volatile prospect when dealing with extended family members (Frank Langella, Ann Dowd, Kathryn Hahn, Steve Zahn).

Manifesting a personal utopia is certainly a laudable goal, one of the highest aims one might seek when employing the conscious creation process, the means by which we materialize the reality we experience through the power of our thoughts, beliefs and intents. Having been disillusioned by the real world, Ben and his wife, Leslie (Trin Miller), abandoned their careers and took to the woods to build anew, creating a life that literally embodied the principles they held dear. Their effort was certainly admirable, and they achieved a great deal of success, as evidenced by their sustained tenure there and the offspring they raised who personified their philosophy of life. Obviously, they had a good handle on their beliefs, and they exercised their power over them with judiciousness and expert skill. 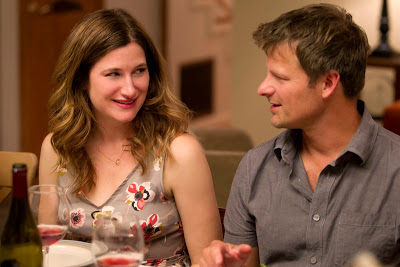 But, despite their idyllic setting, the family nevertheless is part of a larger world, one co-created by fellow collaborators who evidently hold fast to a very different – and prevailing – set of beliefs, the results and conditions of which are fundamentally opposed to those of their woodland peers. Even though Ben and the kids may reject those ways, they can’t ignore them, especially when they find themselves having to deal with them in the wake of their personal tragedy. Holding steadfast to one’s convictions, no matter how fervently, may not be enough to override the paradigm of that larger world.

In situations like this, it may be necessary to adjust one’s thinking to deal with this newfound set of circumstances. It would seem a reasonable accommodation under the existing conditions. However, Ben is so bought in to his beliefs that he holds on to them stubbornly, with an almost dogmatic zeal, so much so that he even coaxes his children into engaging in behavior that deliberately goes against his beloved principles. He attempts to rationalize away such discrepancies, but is this a realistic course? What’s more, is this really the kind of example he wants to set for his kids or the outsiders to whom he so earnestly preaches?

These circumstances illustrate what can happen when we allow our beliefs to turn into obsessions. Flexibility flies out the window, and dogma comes to rule the day, whether it’s warranted, feasible or desirable. It’s at times like this when we may find ourselves faced with having to re-evaluate our views, making adjustments as needed to be able to cope – or otherwise face undesirable consequences.

This is not to suggest that surrendering to the mainstream is preferable. Goodness knows the prevailing conventional wisdom is full of pitfalls worthy of rejection, as evidenced by Ben’s overwhelming compulsion to flee to the wilderness in the first place. But abandoning one’s outlook entirely just to get by is no answer, either. Ben and his kids obviously have points to make about how to live a fulfilling life, and they set an exemplary standard in many respects. By holding fast to those aspects of their lives that set a valuable example, they can provide food for thought to their real world peers, serving as a shining source of inspiration to others who may have never considered such options.

The experience of Ben and his kids, when lined up against that of their real world extended family members, serves as an apt metaphor for the belief polarization that characterizes contemporary American society. The left-right, liberal-conservative divide that’s so typical of current culture is brought down to the microcosmic level in this film’s narrative. And, just like what happens in the off-screen world, it’s apparent here that digging in one’s heels, refusing to listen to opposing viewpoints and paying no heed to the concept of compromise are certainly no solutions, regardless of which side of the ideological fence one resides. Maybe it’s possible to draw the best from both worlds to achieve the right balance. But we must first open up ourselves to such a possibility, to believe in its validity and its feasibility as a workable option. Were we to do that, the results might truly be “fantastic.” 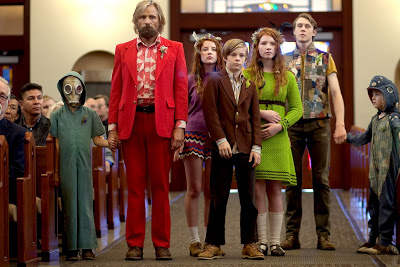 This summer sleeper has somehow managed to sneak in under the radar, but thankfully it’s now surfaced, at least in limited release. This unconventional drama addresses a host of poignant issues (some flattering, some critical) on both ends of the social and ideological spectra, raising valid points for consideration and debate (one can only hope that a currently polarized America will have the patience to take the time to listen to each side). With gorgeous cinematography, an engaging script, subtle humor and a number of genuinely moving moments, this seasonal surprise is well worth a look. Writer-director Matt Ross has produced an enjoyable and inspiring offering, one that captured the 2016 Cannes Film Festival Un Certain Regard Directing Prize and earned a nomination for the Un Certain Regard Award.

Paradise is undoubtedly a goal many of us desire. But how blissful can it be if it’s built upon inflexible precepts with no room for tolerance or compromise? That’s a question those seeking to manifest utopia must ponder lest the consequences of rigidity come crashing down around them, an outcome that truly would result in paradise lost. “Captain Fantastic” offers us both an enlightening and cautionary tale, one that reminds us to be careful with what we create – or run the risk of losing everything.